Combining two of his biggest passions, producing inspiring films and fighting injustices, Peter has a keen eye and a strong sense for finding worthwhile, factual stories.

With his distinctive and thought-provoking productions, Peter is known for always inspiring his viewers.

Having completed seven years of study in the fields of media/communications and information management & systems, Peter has an intricate knowledge across production techniques, technologies, and audio production. Having developed and implemented target-audience-orientated communications strategies for start-ups, she has a comprehensive knowledge of all communications platforms and their respective audiences.

Anissha has also successfully handled the PR and sponsorship needs for the ReelGood Film Festival 2014 and 2015. With solid roots in sound engineering, Adam has successfully transferred his skills into the world of cinematography. An essential part of the team, Adam is an expert in all aspects of camera operation and editing. He never fails to deliver high quality, stunning visuals.

The creative director of his own business, “Picture Machine”, Adam is now pushing steadfast and strong into the world of narrative storytelling and documentary.

Adam has worked in the film and television industry in a wide variety of roles including, editing and motion graphics. A cinematography extraordinaire, Cam is an exceptional addition to our team. His knowledge of the Latrobe Valley and its issues further enhances his ability to cast a unique view in the beautiful footage that he captures for the documentary.

Cam brings with him an intricate understanding of both the technical and creative fields of film, always working to ensure that the two are seamlessly bound on screen.

He has also worked with notable members of film industry, having had experience in music videos, live shows, fiction and non-fiction cinema. 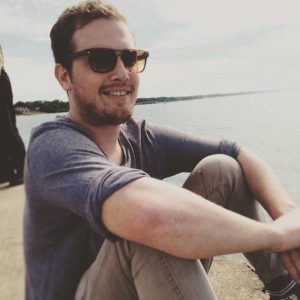 After moving to Sydney from his hometown of New York in 2008, Jackson studied film and international relations at Sydney Film School and Sydney University.

Jackson has worked as a freelance editor and producer for the last 6 years, working on projects ranging from music videos to commercials to short films and documentaries.

Jackson has been instrumental in the last year of production of ‘OUR POWER’, coming into the project with a fresh set of eyes to ensure that the highly important story of the Latrobe Valley community can travel far and wide. AJ Churchill is a Brazilian-American composer of film, television, and concert works. He has been commissioned to score several films, documentaries, advertisements, concert music and a museum exhibit.

With a strong history of mentors and experience, AJ has studied with film composers Howard Davidson, Enrica Sciandrone and Lewis Nielson.

AJ is a recent master’s graduate of the Royal College of Music in London and is graciously scoring our film from across the globe. Paul Zala is a multi-instrumentalist, composer and producer, indulging his passion for music since the early nineties.

He’s been writing and producing in the music industry since 2007, making a name for himself in dance music heard in clubs and on radios the world over. These days he can be found chasing his passion of composing music for vision, weaving his experience of live instruments, electronic sounds and production together into a finely-tuned music machine.